I should tell you that my parents were protestors, that I became one too even before I emerged from the womb. How my mother placed a blanket around my shoulders after they chained her to a tree, and workmen threatened to cut the chains with a power saw. How in the end both sides agreed to call the paramedics and re-negotiate the distribution of land to the Chippewa Indians. How my mother hadn’t been crazy, only passionate about civics and the law. And how when they rushed her to the emergency room for a C-section, after her water broke, she considered only one name: Geronimo; before her professor changed her mind and she accepted Luke. Like the name of one of the apostles, someone to right the wrongs of the world. But back then I wasn’t even a freedom fighter – because I didn’t carry a gun as a principle and had no extraneous flight plans. Anyone who knew me back then would have sworn that I hated to fly because I did. Men like me didn’t go to Harvard or Princeton to get MBA’s and law degrees because on principle we were too busy wondering where the next meal was coming from and how to clothe our kids. Because even though I might have admired her tree-hugging days; my mother was too sporadic even to be considered a mother. She shipped me off across state lines to live with an aunt, her sister, another woman who had no idea about what it took to raise a man. Because I was the half-breed everyone whispered about at thanksgiving. Everyone except my father, of course; he loved me the only way a good father could love his son.

Blast from the Past: My Mother’s Tree-Hugging Days (Google Search Images)

He would come around at Christmas and birthdays bearing gifts that seemed too industrious for the likes of me. An astronomy kit at nine, a doctor’s bag with utensils at twelve – that only he could explain – and a lawyer’s briefcase a few years later. Each time, my aunt would ooh and ahh as though she was really impressed because this wasn’t anything like the cheap shit they sold in stores. No. They were tools of the trade that regular practitioners used. In fact, I remember how Cindy from two doors down let me cup a feel of her A cups after listening to her heartbeat. My father’s tricks had their moments of soothing the uncertainty that others saw when they looked at me. Sure my uncle, the cop referred to me as just another bastard Indian, but people like him only observed surface texture. Him and people like my mother’s parents who refused to take her back after college so eventually we ended up in a shelter.

That was probably why she got the idea to send me to my aunt’s. I mean, when you have to sleep on a cot with ten or twenty other people looking on and then wake up and find that your shoes and jackets have been stolen, it does little to appease someone whose notion of the greater good spreads from collecting empty bottles to speaking out against domestic violence. I remember some nights when my mother joined the Mormons and went door to door to spread the word.

Pick a person, pick a cause, they used to say in one of the halfway-houses where a group of nuns used to come every Saturday, trying to make the less fortunate feel good about themselves and helping others because when you had skills, all you had to do was seek out new opportunities. My mother ended up learning to sew and after one of her creative bursts, I looked like a cross between Rambo and a cabbage patch doll. Luckily when the matches arose, I could give as well as I got.

Giving More than You Get (Google Search Image)

All because of my father, who had thrown in a pair of boxing gloves one Christmas and gone one on one with me in the ring behind my uncle’s house where my uncle played poker every other Wednesday after work. My aunt would sit by his side, warming a bowl of chips and nursing a beer as if some sort of magic was about to happen. Me, I knew better. My uncle wasn’t worth much, his good luck often outran his bad. I could see that even though my grey eyes didn’t match my broad face or fit in with the straight black hair I had inherited from my father. Because I’d convinced myself that I was part Shaman and a spirit walk would cleanse me; and also because I could see things.

The week I turned sixteen my dad came back and carried me to see his mother. An old woman whose face, I suspected, was older than Father Time, and whom I would have called beautiful but then I would have been lying. When my father came, he appeared like an apparition. Carrying a bag that resembled an army duffle and when I asked him what he did for a living, he slapped me across the face and told me to mind my own damn business.

In the end, we hitchhiked half the way to the reservation because my uncle was being generous and had dropped us off by a bus depot. But my dad was one of those old-school Indians so we rode when we got a chance and walked when we didn’t.

There was this mysterious aura about him, when he talked, people listened. Observing his steel tipped boots and the antique gun on his hostler, I couldn’t help but be amazed. The permit for which he’d shown my uncle once, still in his wallet. It was made from genuine leather that matched his belt. Something I hoped he would give me in time.

When I was growing up, I always imagined the kind of man my father would be. My mother had said that he was good with his hands and that when they’d roomed together in college, he’d wooed her by strumming open chords on his guitar. She said how he’d always gone home for the holidays and that his parents were the head of a tribe. Said, she’d only gone there once before the tree-hugging incident and that they’d made her feel welcomed, even though she had to sleep with his sisters. How, on the reservation, his parents weren’t comfortable with the idea of them frolicking under the stars in a makeshift tepee. That some of the elders had said that he was dishonoring the tribe but he had insisted, because he wanted them to meet his future wife. How others had laughed and called him foolish, but still my father persisted because by their senior year things had indeed gotten serious.

Or so my uncle, Six Shooter had said, that one time I’d managed to get him alone for a game of cards. He was younger than my father and like him, he had gone to the city to be educated. But, unlike my father, he hadn’t mixed with the locals. He said that that was the reason why most tribes had gotten into trouble. For the most part, he seemed rational, called me ‘sport,’ told me I wasn’t so different from them, and that he could see traces of my father in me although he hadn’t been specific. He told me to go out into the world and live my own life.

When I met la vieja though she was less than gracious; she told me to go back to my own kind because here I’d be nothing but trouble. I tried to tell her about the old Indians I had studied in school and show her medals that I had collected from winning small prizes at the science fair and boxing. But she refused to acknowledge them. Me. She said real men listened to the land. Used their heads instead of their fists and that I’d be a disgrace just like my father. 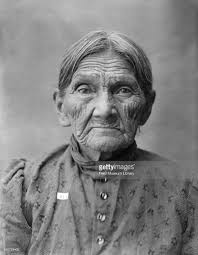 But I refused to listen to anything else that she had to say. Told her that she was too old to be in charge of the nation and that someday soon, my father would replace her. In the end, we were gone that same night. My father begging reprieve but I remained adamant. Refused to apologize when she was being hostile. And in school, I pummeled anybody who looked at me funny so that my aunt ended up having to home school me for two whole semesters before the news of my mother’s illness reached us.

I hope you like what you’ve read so far.

Tune in on Friday for the conclusion of this short story.

2 thoughts on “Subterfuge: The Other Side of the Law”